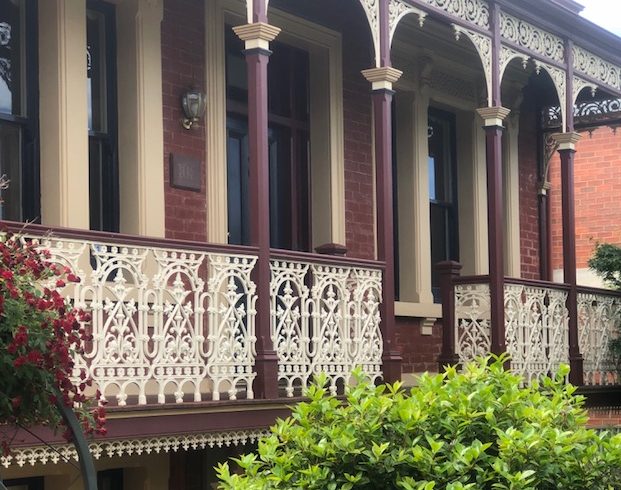 The Iron lacework on two storey Victorian Filigree terraces were often built of stone and reflected the “standard” terrace type pattern commonly found in  Melbourne and  Sydney, with a single span iron lace balcony, arched openings to ground floor and squared lintels to the first floor.
As housing developed in Australia, verandas became important as a way of shading the house. From the mid-nineteenth century in particular, as people became more affluent, these properties were built more elaborate , and one of the popular elaborations was the filigree, or screen, of cast iron or wrought iron. This developed to the point where it has become one of the major features of Australian architecture.

The revival of Australian Heritage Lacework

Correct lacework selection is important when restoring a heritage property

Check out the large range of Wrought Iro

Is the restoration of the lacework and b

Sydney Lacework and Balustrade add that

Queenslander Style homes are popular in